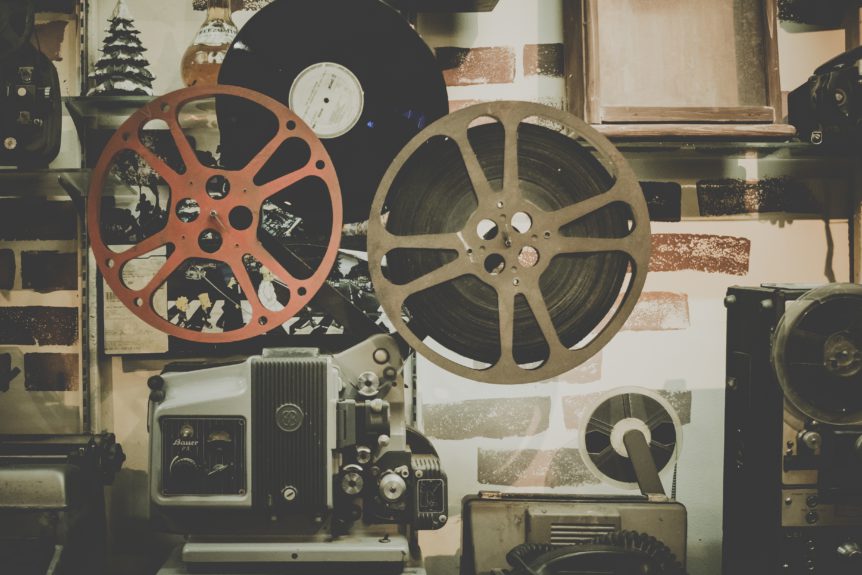 This year I saw several films at the Berlinale film festival that were impressive or at least more than just interesting. With Fritz Lang’s Der müde Tod / Destiny (1921) it was the second time around.  This time I saw a restored digital version based on filmcopies found in the  Museum of Modern Art in New York, the Cinémathèque de Toulouse, the film museum in Munich, the Gosfilmofond (cinematheque) of Russia in Moscow, the Národní filmový archiv in Prague and the Cinémathèque Royale in Brussels. Quite a puzzle to solve they had.

The story goes as such:  A freshly married husband dies and his widow (Lil Dagover) bargains with Death to bring her man back to life. Death gives her three opportunities to save her lover in three different historical settings: Arabia, Venice and China. This plot gave the Babelsberg film studio ample opportunities to provide for impressive set design. The young woman fails three times, her lover gets killed in each of the episodes.

After that, Death offers her a last chance. If she can find someone who is willing to give up is life on his own free will, Death is willing to trade the volunteer for her dead husband. The young woman desperately asks an old woman, a beggar, people in an infirmary, the answer is always No: Not one day! Not one hour! Not one breath! When the infirmary catches fire the young woman has a chance to trade the life of an infant left behind for the life of her lover. Eventually she doesn’t have the nerve to do it. Instead she throws the baby out of the window where he/she gets saved. The young woman dies in the building which collapses in flames, and she gets reunited with her lover.

Fritz Lang and his second wife, Thea von Harbou, are sometimes suspected to display a pro or pre-Nazi slant in their ouevre. The movie Metropolis (1927) supposedly suggests the class compromise which was set up in the Deutsche Arbeitsfront after 1933. The trilogy on the master of criminal evil Dr. Mabuse (1922/1933) is seen as a variety of the conspiracy theories aimed against the Weimar Republic. The Nibelungs (1924) brought the German national epic on the screen and was in high esteem during the Nazi period.

It is true, Thea von Harbou was an important figure in the Nazi movie industry and continued her impressive career as a screenplay writer until the end of the war. Fritz Lang, on the other hand, left Germany in 1933 and divorced von Harbou. Later he was active in the war effort of Hollywood. Hangmen also Die (1943) tells the story of the assassination of Heinrich Himmler’s deputy Reinhard Heydrich in Prague in 1942. Lang wrote the screenplay together with Bertolt Brecht.

Despite von Harbou’s Nazi affiliation and the ambivalence of some of Lang’s movies Destiny nevertheless strikes me as a clear and passionate argument for the value and uniqueness of every single life. The Nazis used the term of “lebensunwertes Leben” (a life not valuable enough to be lived) for some of their mass murder projects. When the young widow tries to find a substitute life for her dead husband she has exactly that in mind: a life so worthless that it can be given up before it’s time. But she fails, because everyone has a right and an urge to live*. In the Nazi period beggars, homeless people, alcoholics and others were sent to concentration camps by the criminal police and murdered by the SS. The mass murder of the mentally and physically ill claimed more than 200.000 lives. In Destiny we find the poor and the sick fiercely clinging to their existence and rightly so. In Europe controlled by Nazi Germany millions of children were murdered as a “necessity” in order to secure the existence of the “superior race”. In the film, the young woman is not capable of showing the necessary ruthlessness against the helpless baby.

The film was made in 1921, Thea von Harbou wrote the screenplay as she later did for Metropolis and all other movies directed by Fritz Lang until 1933. In 1920 the jurist Karl Binding and the psychiatrist Alfred Hoche had published the essay Freigabe zur Vernichtung lebensunwerten Lebens (Allowing the destrucion of life unworthy of living), in which they argued for a legal and medical framework for killing certain groups of patients. The last fifteen minutes of Destiny are a comment on that discussion which was widespread (not only) in Germany and not limited to the advocates of volkish and racial ideology.

Destiny is just another of the complex, deep and wonderful works of Lang and Harbou. And also a clear statement against any form of “selection” or assigning a human life a higher or lesser value.